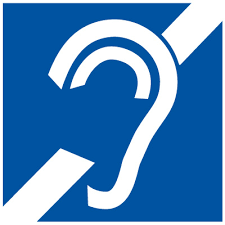 The Individuals with Disabilities Education Improvement Act of 2004, formerly the Education of the Handicapped Act (P.L. 94-142), includes "hearing impairment" and "deafness" as two of the categories under which children with disabilities may be eligible for special education and related service programming. While the term "hearing impairment" is often used generically to describe a wide range of hearing losses including deafness, the regulations for IDEA define hearing loss and deafness separately.

Hearing impairment is defined by IDEA as "an impairment in hearing, whether permanent or fluctuating, that adversely affects a child's educational performance."

Deafness is defined as "a hearing impairment that is so severe that the child is impaired in processing linguistic information through hearing, with or without amplification."

Thus, deafness may be viewed as a condition that prevents an individual from receiving sound in all or most of its forms. In contrast, a child with hearing loss can generally respond to auditory stimuli, including speech.

In Montana: The percentage of Montana students ages 6-21 with hearing impairments in 2011 was .05%

IDEA defines deafness as a hearing impairment that is so severe that the student is impaired in processing linguistic information through hearing, with or without amplification, that adversely affects the student’s educational performance.

Nationally: About 2 to 3 out of every 1,000 children in the United States are born with a detectable level of hearing loss in one or both ears.

Montana Association of the Deaf

Montana School for the Deaf & Blind

American Society for Deaf Children
ASDC is the premier source of information for people who must make decisions about deaf children: providers, educators, legislators, and advocates. The site includes a knowledge center with different sections for school personnel and parents and families.

National Association of the Deaf