With the rising rates of suicide in the U.S., the demand for a proactive and coordinated response is growing and becoming even more critical. Each individual has a role to play in the fight against suicide. Suicide is often surrounded in stigma, shame, and misunderstanding, causing many individuals to not seek the help they need. Research has shown that personal and community connectedness can make a significant difference in the lives of those at risk for suicide. Helping to connect a person at risk to a support system, including providing resources to reach out to (friends, family, clergy, therapist, support groups, hotlines, etc.), is a step that anyone in the community can make,. In addition to providing social support to vulnerable individuals, communities and community members can engage in follow up care, fight stigma, and support those bereaved by suicide.

In 2007, MCA 53-21-1101 established a suicide prevention coordinator attached to the Director’s Office of DPHHS. Over the past 13 years, the State Suicide Prevention Coordinator, DPHHS, and stakeholders across the State have worked to bring the issue of suicide to the forefront.

DPHHS has revised the State Strategic Plan for Suicide Prevention to build on existing programs, informed by national research and current best practices to provide stakeholders across Montana with critical resources, information, and tools to enhance resiliency. The agency’s program must be informed by the best available evidence and thus, DPHHS, working with the National Council for Behavioral Health, has revamped and produced a new comprehensive State Suicide Prevention Strategic Plan. A group of key stakeholders from around the state participated in a review of the new plan. In addition to the goals identified in the plan, interventions have been implemented to focus on high-risk populations in the state.

Suicide prevention is a bottom-up, participatory process that involves many different members of the community. This is particularly important to remember as different populations and communities are affected by suicide in different ways. This online resource provides each member of the community, from teachers to employers to healthcare and mental healthcare professionals and members of the community at large, a variety of information and resources to best serve those around them in suicide prevention and care.  The hope of this resource is that it may be used to reduce the risk of suicide among all Montana populations and provide useful tools for crisis intervention and postvention.

For the past thirty years, Montana has ranked in the top five for suicide rates in the nation for all age groups. In the 2018 National Vital Statistics Report, Montana had the 4th highest rate of suicide in the nation (265 suicides for a crude rate of 24.9). 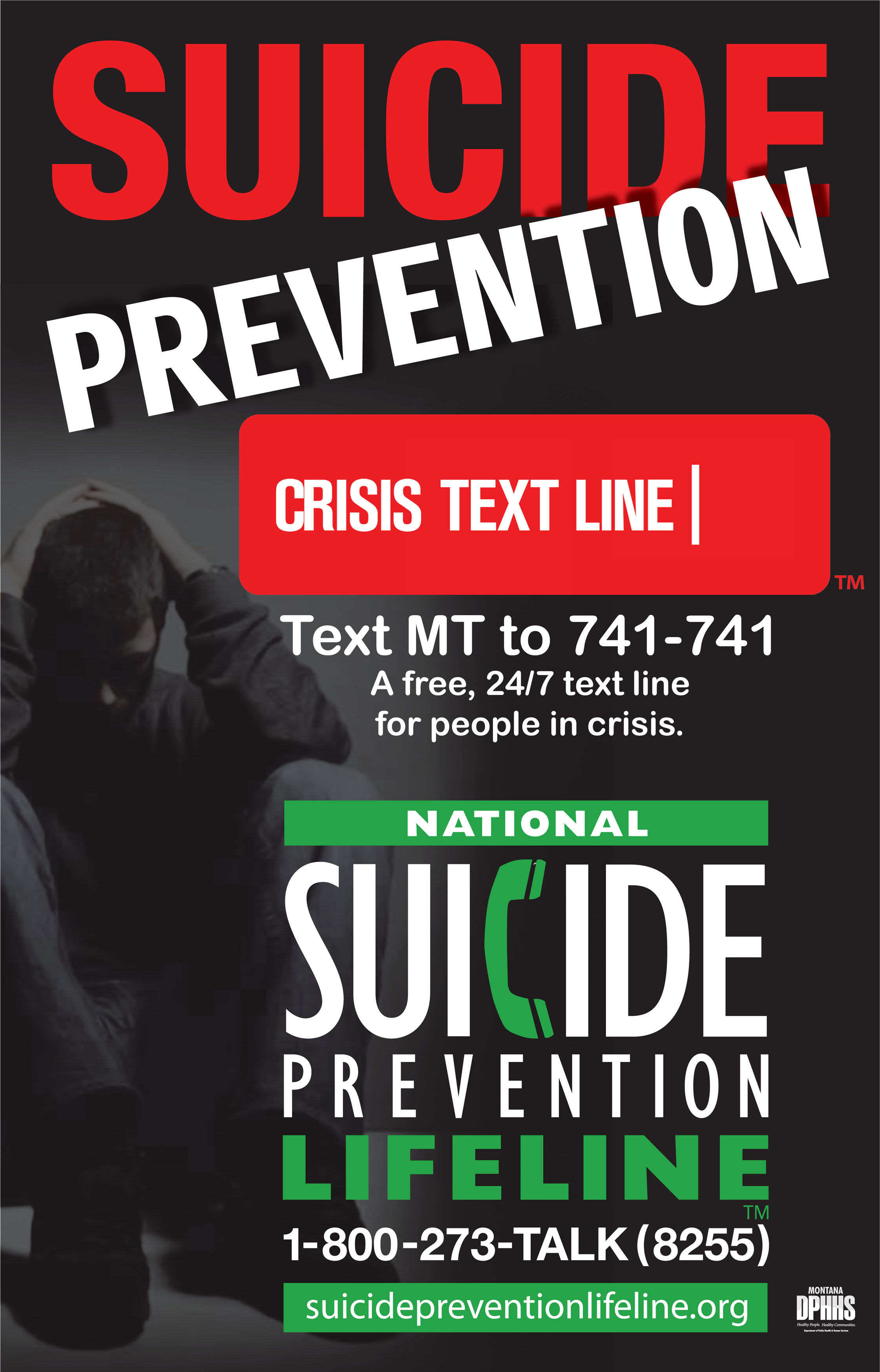